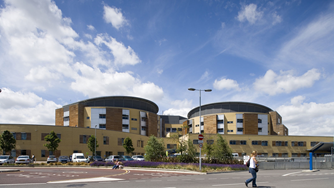 Containing 4,500 rooms over 4 floors, the hospital was built by Bovis Lend Lease under a £261m PFI agreement. Catalyst Healthcare (Romford) Ltdhelpdesk, a consortium of Bovis Lend Lease, Bank of Scotland and Sodexo funded the construction of the hospital and Catalyst Lend Lease was responsible for managing its day to day upkeep and long term maintenance under a 36 year concession. A Managed Equipment Service was provided by Siemens Healthcare.

We were engaged in July 2008 to review the performance of the facilities management services manager and work to achieve the following objectives:

Having assembled a team with appropriate legal, commercial and operational experience, we then undertook (as part of its 7 step approach) a process which included:

The following financial benefits were received by the Trust up to 1 December 2009:

Call us now on